Development and Critical feedback for the new Farm Crap App

The Duchy Discussion group most recently met to discuss the new ‘Farm Crap App Pro’. The evening allowed group members to have the opportunity to test and provide critical feedback for the new and unreleased app.

The Farm Crap App Pro is a collaborative project between Duchy College and Rothamsted Research North Wyke to develop an easy to use, accurate and reliable way to manage and record slurry spreading information and data on manure.

The finished app will include the ability to comply with Nitrate Vulnerable Zone regulations, as well as the new Farming for Water rules alongside the ability to truly integrate manure and slurry applications with bagged fertiliser to allow for environmental protection and economic benefits.

Group member, Ryan Renfree said,”This is one of the best meetings we have ever had. It was really hands on and exciting to have an input into the finalisation of the new app”. The app developers really encouraged the group to put the app through its paces and criticise any flaws or pick out things which had the potential to be improved. The evening finished with a group discussion about which areas of improvement were priority and general feedback from the group. The new app looked really promising and is sure to be an extremely useful tool for farmers. 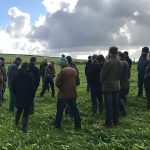 The first Farm Net Zero events will be held in the autumn of 2021. These… 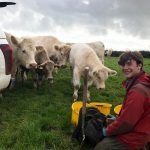 Duchy College has been awarded over £1.2 million from the Climate Action Fund to run a project tasked with helping the farming community of… 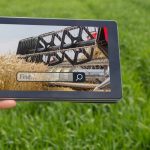 Digitalisation has changed the way farmers record, curate and receive data. But with business-critical information…